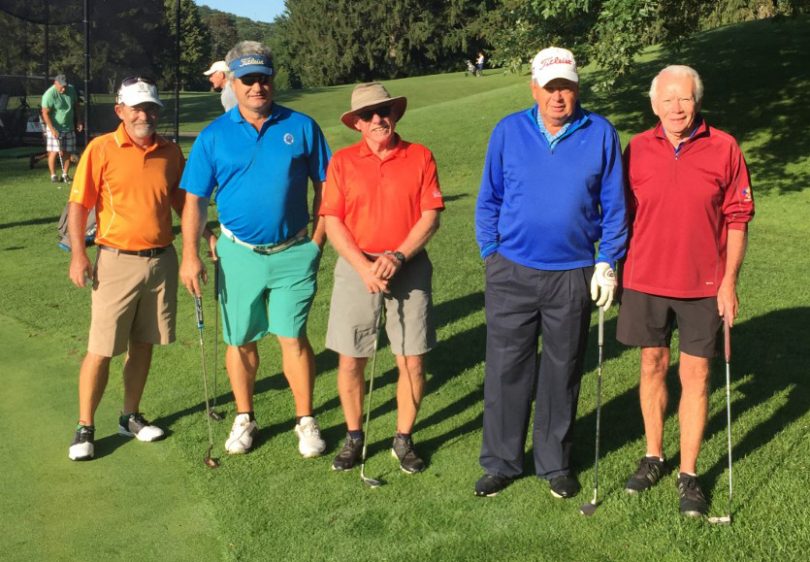 The London Seniors Tour has really found its stride in recent years, as more and more people are participating and showing interest in the game of golf in a Tour environment that is well-run and offers the opportunity to play the game with peers at a reasonable cost.

In fact, with a full roster of 128 players in 2019, this year marked the first time a waitlist had to be used (with 10 more golfers standing by). This certainly speaks to the increased level of interest in the Tour.

The Seniors Tour was started back in 2000 by Fred Kern, who was the head pro at the Thames Valley Municipal Golf Course. The Tour went on a hiatus after Kern resigned in 2008, but was resumed under Steve Killi, who ran things from 2009-2013, and Al Penford, who oversaw the Tour in 2014. But since 2015, things have been organized by ‘The Committee,’ the current executive that has really grown the Tour and contributed to the enjoyable experience that it is today.

“Having a committee helping to organize the eight Tour events spreads the work around, as we are all volunteers,” says John Bracken, the current Director of the London Seniors Tour, noting that organization has been key for the Tour. “We have a computer software program that allows us to do a personalized email to all 128 players quickly with the draw for each event. The program also updates all players’ handicaps after each event and ensures that everyone’s handicap is based strictly on the results obtained in the Tour. This ensures that players get into the proper flights based on those results.”

Dirk De Vries, a member of the Tour committee, believes that, among other things, getting the eight different flights right is what makes the Tour a success. It allows for better, more even competition – both in regular play and in skins play as well.

“Another benefit is that while most Senior events make you ride a cart, we allow walking,” says De Vries, noting that about 40 percent of players on the Tour choose to walk. “And we don’t make people pay for food – only the green fee. This gives all members a chance to play some good competitive golf with their peers at a reasonable cost.”

Scores are posted to the Tour’s website (web3.golfsoftware.net/20319) after each event, thanks to Rob Austin, who ensures that everyone’s handicaps are up to date. The website also includes other information of interest to Tour members. The final two (of eight) Tour events of the 2019 season happen in September, with members wrapping things up at Forest City National on Sept. 23.