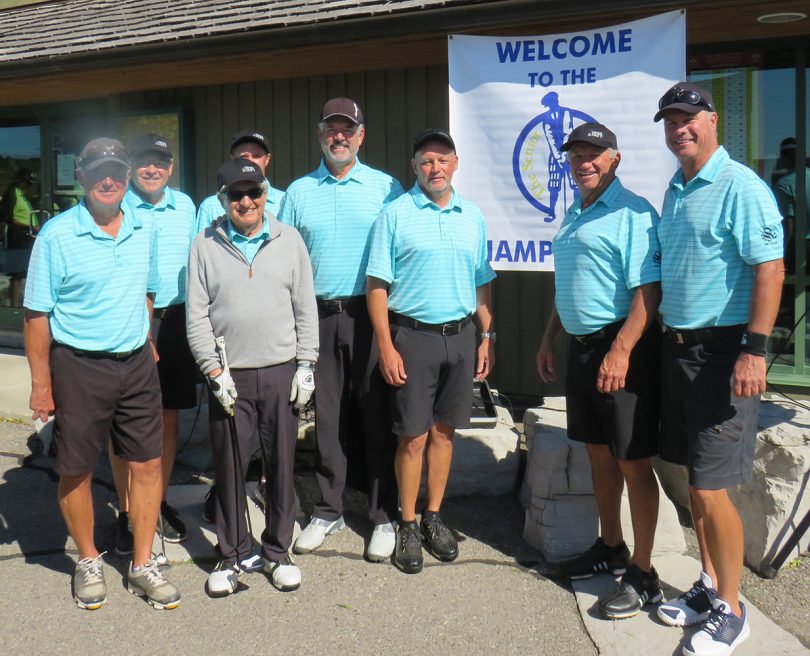 It came down to an exciting one-hole playoff, and when the final putts were made at Devil’s Pulpit in early September, the Whitevale Golf Club came away victorious at the 21st annual Senior Ryder Cup (SRC) Championship. In doing so, they captured the Art Stead SRC Championship Trophy.

The Whitevale team, whose club is just north of Pickering in the GTA, combined to score 22 points, which tied them atop the standings with the London-based Sunningdale Golf & Country Club. But the one-hole playoff decided things, and captain Bob Nebel and his team earned the win.

Meanwhile, another London-area club, the West Haven Golf and Country Club, finished in a three-way tie for fourth place – alongside the host, Devil’s Pulpit, and The Oaks Golf Club.

Sixteen clubs competed on the final day of the Senior Ryder Cup Championship, an event that includes as one of its major sponsors Lexus of London. Over the course of the full season, more than 1,000 matches were played by more than 1,400 of some of the best senior golfers from across southern Ontario (representing 118 different clubs), as well as Eastern Michigan (two clubs) and Western New York State (four clubs).

Next year, the SRC expects to expand to 136 clubs for the 2020 season, adding clubs from the Ottawa area. The Senior Ryder Cup was created more than two decades ago, by a small group of senior golfers, to provide an opportunity for senior male golfers in Southern Ontario who enjoy competitive match play to compete against players from other clubs.

Contributions by Senior Ryder Cup and photos by Chris Parris