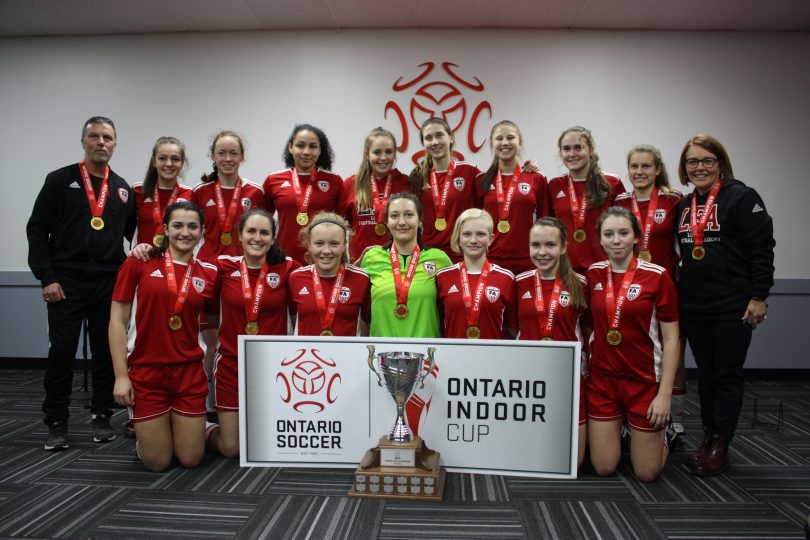 A big congratulations is in order for the London Football Academy’s 2002 Girls soccer team. They were the last team standing after a thrilling Indoor Ontario Cup weekend in February (Feb. 9-10) at the Soccer Centre in Vaughan, thus winning the U18 division of the prestigious Ontario Cup.

The girls’ pathway to the Cup included a Preliminary Round win in London earlier in January, as well the five games over the course of the Final Round weekend in Vaughan.

In the final, the girls squared off against North Toronto, and the championship game was a thriller, with the score deadlocked (at 1-1) after regulation time. The game went to penalty kicks and the match was decided in sudden death after six shooters aside. Congratulations again to the LFA Under-18’s!

Submitted by London Football Academy and photo by Missy Wilson