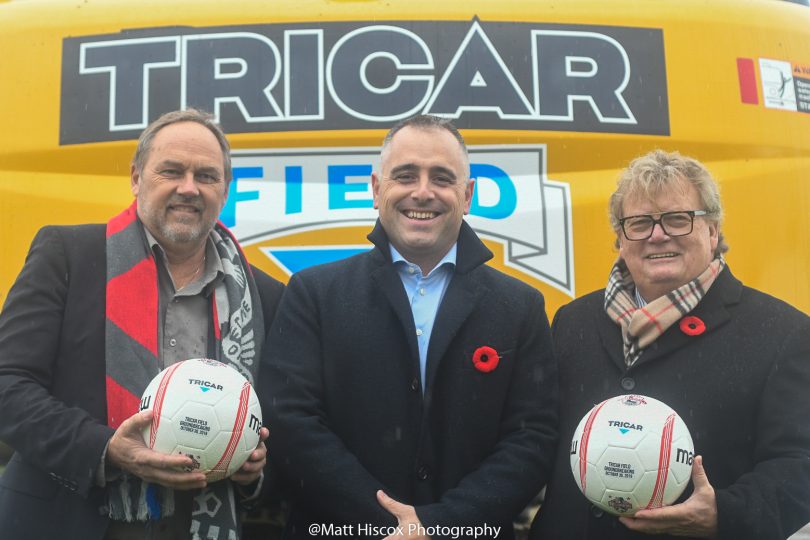 It’s going to be a fantastic soccer year for Canada in 2020 – and right here in London, Ontario. With the upcoming Tokyo Olympics just around the corner, Canadian national teams are looking for success. Closer to home, FC LONDON and London TFC Academy are looking to leverage their 2019 championship success into an amazing year in 2020.

One significant success is the launch of a $2-million private field being built by London-based developer Tricar Group, who held an official ground-breaking ceremony in the fall for the turf pitch that will become the practice field for London TFC Academy (affiliated with Toronto FC of Major League Soccer). It is located behind the Academy’s headquarters at 3800 Colonel Talbot Rd.

“Some of the kids playing on the pitch will become the next players that will represent Canada on a national stage one day,” said Vince Mazza of Ontario Soccer, noting that over 400,000 youth and adults play soccer in Ontario and that this project will be key in continuing to grow infrastructure to support growth.

“For anyone who played sports when you were younger, you remember who you played with, the goal you scored, the game you won, the game you lost, and the friendships that you developed on and off the field. That’s what this field will do – it will build memories, and those are going to last a lifetime.”

“We are committed to improving our great community in as many ways as possible, and this is another example of that commitment,” said Adam Carapella, Vice President of Operations for The Tricar Group. “We saw this as an opportunity to develop otherwise unused land into a recreation facility that will give back to the community that we live and work in. We are really excited that Tricar Field will benefit children of all ages for many years to come.”

Tricar is actively working with partners to provide the field for use by kids sports camps and other recreational endeavours within the City.

For more information about London TFC Academy or Tricar Field, check out www.FCLONDON.ca.