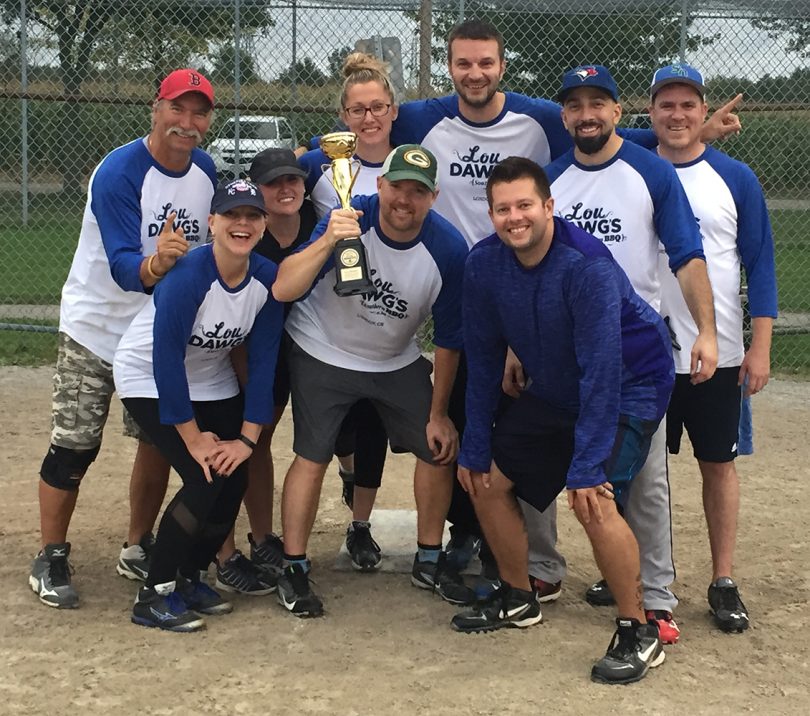 With six teams in attendance, the day was filled with non-stop, competitive games – and, of course, some slow-smoked BBQ. Teaming up with the Brandon Prust Foundation, money was raised in support of their Prusty4kids initiatives. London’s own Powerhouse Brewing Company was also in attendance to keep the players fuelled!

With a great turnout at the diamond, the good times continued back at Lou Dawg’s London (519 Richmond Street), with live blues music all night long! Lou Dawg’s wants to thank all of the teams, players and partners that were able to make the 1st Annual Tournament possible. With plans already set in motion for next year’s tournament, Lou Dawg’s London looks forward to having returning teams (including the champions come to defend their title!), as well as new teams to sponsor next softball season in London.