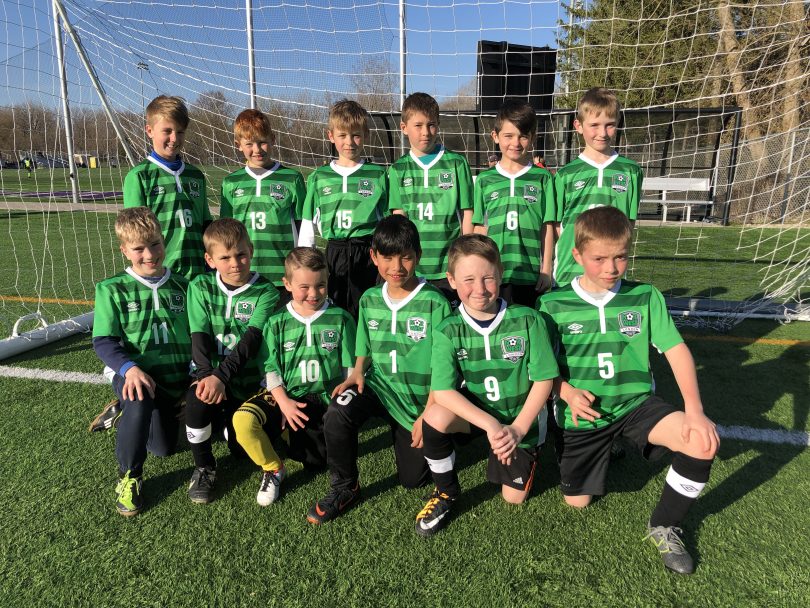 NorWest Soccer is excited to welcome its youngest competitive players this season, as the club has two U8 boys teams that will be competing in the Elgin Middlesex District Soccer League (EMDSL). Eighteen players in total are split between a Tier 1 and a Tier 2 team in the league. And in addition to having a solid coaching staff, the team has an ace up their sleeve …

The U8 NorWest boys will be receiving instruction from the one and only Garrincha this year, who is considered by many to be one of the best soccer coaches in the region. He has signed on to be the team’s Technical Director, and he’s excited to be working with players in this young age group.

The boys, meanwhile, are very much looking forward to enjoying a fun full regular season, during which they’ll be practicing hard to improve their skills and develop as young athletes – both on and off the field. In addition to regular season play, the team will also participate in a number of festivals this summer, including two that they’ll be hosting. In other words, it’s sure to be an exciting season – full of fun as the youngsters play the beautiful game.

The Elgin Middlesex Soccer Association (EMSA) prides itself on recruiting experienced and talented referees for its games, and Jack DaSilva certainly embodies both of those attributes. He’s a certified OS referee and has officiated games in the EMDSL for the past 18 years.

Previously, DaSilva coached for many years with NorWest Soccer, which has further contributed to his depth of knowledge of the game. This year, he’s been named the head referee for NorWest, and his duties, among others, will be to ensure that all clubs and games follow OS rules.

There are approximately 25 NorWest referees. The goal is to have only OS-certified referees officiating all house league games, which will result in a better experience for everyone involved, including players and coaches. Meanwhile, those house league referees are also supported and given the experience they need to hopefully progress to eventually officiate competitive games as well in the future.

Jack DaSilva, with his knowledge and experience, will play a big role in that goal, and he’s the right person for the right job!