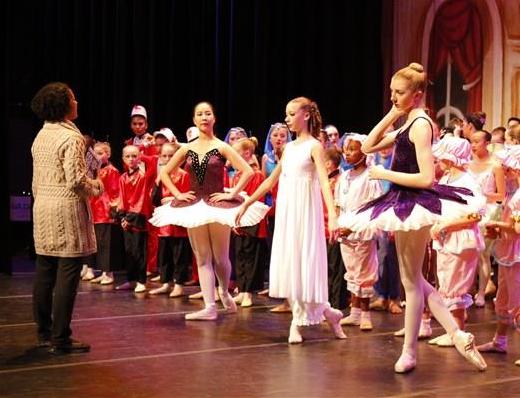 From the moment she slipped on ballet shoes for her first class at age 12, Donna Bayley knew that dance was what she wanted to do for the rest of her life. Today, Donna is the proud owner and director of Dance Steps Studio and is thrilled to be celebrating the studio’s 30th anniversary.

After only joining ballet due to her mother’s urging to improve her gymnastics, Donna fell in love with dance. In fact, she quit gymnastics and never looked back. An early inspiration was her first teacher, Dorothy Scruton, an icon of dance in London who operated a local studio for more than 60 years.

“Dorothy was a woman that was full of life, energy, and passion,” says Donna.

After graduating high school, Donna set out to make her dreams of dancing professionally a reality. In addition to the support she received from her parents, she worked tirelessly to pay her way to attend the Banff Summer Ballet Program, and later the Royal Winnipeg Ballet (RWB), where she trained for a total of three years.

From there, Donna’s love of teaching continued to grow. Very quickly, she went from teaching students in the workout room of her apartment building to signing a lease for her very own studio, Jazz Dance (and then Dance Steps Studio).

When Donna first opened her studio, she estimates there were only five other studios in London. Flash forward to today, however, and the city is booming – with at least 30 studios.

Although she remains humble and hesitant to take credit, Donna has trained many students who have gone on to become professionals themselves, as well as some who have opened their own dance studios. Says Donna, when asked her biggest piece of advice for young children hoping to pursue dance: “Don’t give up, follow your dreams. It is possible.”

Donna is extremely grateful for the love and support of her friends, family, and all the wonderful teachers and staff who have helped make the last 30 years so positive.