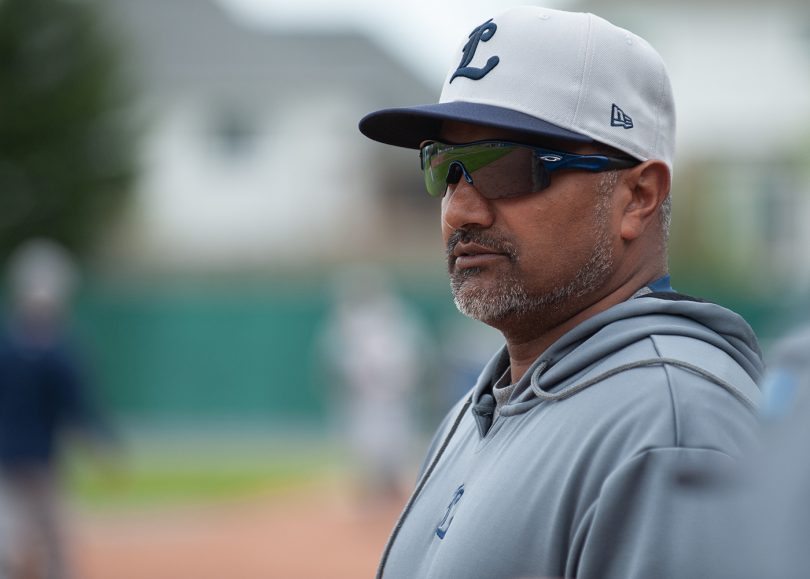 Roop Chanderdat, the London Majors’ co-owner, general manager and field manager, is having a busy offseason in 2019-2020 as he looks to recruit numerous new players for the 2020 season after significant roster turnover the last two years.

London Majors co-owner, Roop Chanderdat, wears many hats. One is that of General Manager (GM), where he’s responsible for recruiting and signing players for the next ball season. This is Chanderdat’s 15th year as GM of the Majors, and it might be his most difficult yet in putting together a talented roster.

A major reason is because of significant roster turnover. Last year, the team lost of a core group of local players who moved on for various ‘life’ issues (work, family time commitment, etc.). That meant the loss of four starting position players (2B Chris McQueen, SS Keith Kandel, OF Humberto Ruiz and utility player RJ Fuhr) and a starting pitcher (Corey Hammond).

“These guys were major contributors to the success of our team for many years,” says Chanderdat, whose team finished 18-18 during the regular season last summer before bowing out of the Intercounty playoffs in the first round, losing a best-of-seven series against the Welland Jackfish.

Meanwhile, the team is expected to lose additional players this year, including INF Carlos Arteaga, 1B Kyle Gormandy, 3B Steve Froese and P Braeden Ferrington.

“The reality is that it’s a big-time commitment to play in the IBL,” says Chanderdat, the all-time winningest field manager (another hat he wears) in Majors history. “Once guys hit a certain age or period in their lives, it becomes extremely difficult to sacrifice their entire summer to baseball.”
In order to replace lost talent, Chanderdat is busy during the offseason, scouring talent – far and wide – to put together the best Majors team he can. Usually, 16 to 18 of the team’s 25-man roster consists of local players and players in the surrounding region. Other Canadian players are recruited from various locales, while Chanderdat also signs international players (the IBL allows four ‘import’ players per team).

“I have built up a good network of scouts, agents and former players from several countries, including the Dominican Republic, Venezuela, United States, and Japan, and this helps me in acquiring my import players for the season,” says Chanderdat, who has had great success over the years nabbing top-end international talent – players who have significantly contributed to the team’s pursuit of an IBL championship. “Typically, I’ll use two import spots on starting pitchers and the other two on position players.”

Long-time fan favourite Majors star Cleveland Brownlee was originally an import player, recruited from the U.S. before embarking on a highly successful Majors career as a power-hitting first baseman. Brownlee and his family now make their home in London.

Chanderdat began his recruiting work in October, and he’s been busy since in his efforts to build a winning ballclub for 2020. That process continues right up to the beginning of the season, in May, and often into June before the signing deadline.

“It’s a very time-consuming job, and normally you don’t get to see the final reward until the end of the season,” says Chanderdat. “To find players who are a fit for both parties can be very tough, especially with the number of choices and pathways that players have nowadays.”

But Chanderdat is undeterred. Despite the roster overhaul over the last two years, he’s embraced the challenge and is looking forward to building a winner for Majors fans in 2020.