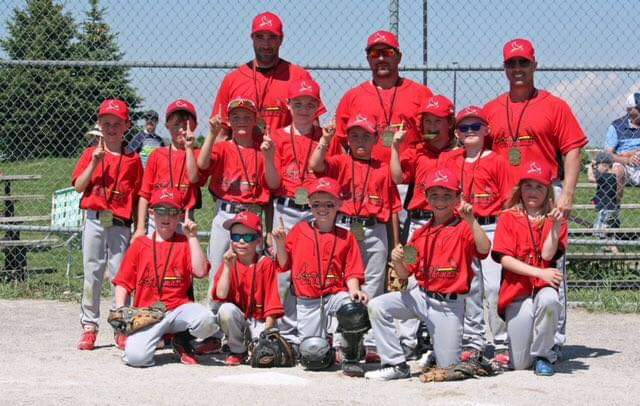 Although the 2019 season is still several weeks away, planning is well underway for teams to get ready to take the field in early May. Some teams, in fact, have already been selected for rep programs, while others are getting tryouts started, and certainly house league registrations continue for the next several months. One thing for sure is that several organizations are once again planning for the summer tournament season.

London and District local associations are busy putting plans in place for another busy tournament season this summer. Some of the largest tournaments in the province are hosted in around the London area.

More than 130 teams take part in the Cardinal Classic tournament, which is held at the Doug Tarry Complex (five diamonds), New York Central Ball Field, Emslie Field and Cardinal Field. The tournament is certainly a big draw for teams looking to take advantage of early-season play – for team-building as well as some great early competition.

Meanwhile, St. Thomas will also be hosting a 12-team midget tournament July 5-7 and will also play host to the Baseball Ontario 13U Elimination Tournament during the Civic Holiday weekend to determine the team that will represent the province at the 13U National Championship held in August in Quebec.

In London, tournament kicks off with the Trevor Barton Memorial London Badgers tournament. Again, more than 100 teams will arrive in the city the weekends of June 7-9 and June 14-16. Games will be played at 12 fields in the city to support the 14 divisions of play offered over the two weekends, with headquarters at Stronach Park. The Barton tournament has grown from only a AAA tournament a few years ago, to now hosting A and below divisions in addition to AA/AAA divisions.

Gaining momentum is the 4th annual London Tecumseh Baseball tournament held July 12-14 and July 19 to 21.  This tournament, which has also grown significantly in the last couple of years (45 to 100 teams and two weekends), will host a AA division this year for the first time.

Also in July, the London West Tincaps/Oakridge Optimist will host two long-standing tournaments. The Bob Stark Rookie Ball tournament (July 5-7) plays host to Minor Rookie and Major Rookie teams from across the province.  Following that, minor and major mosquito is hosted July 19-21. The Oakridge arena diamonds are a fantastic venue for families with the playground and swimming pool on site.

Not to be outdone, the Dorchester Diamondbacks are hosting several tournaments in 2019. The Summerslam series of tournaments offers B and below competition June 14-16 in rookie, minor mosquito, and mosquito divisions, followed by minor and major peewee July 21-23.

“Teams love coming to the region for tournaments, with our tremendous facilities and the fact that they are all in close proximity to one another,” says Brooks. “Not to mention, we have top-notch affordable hotels that make this a natural choice for teams to flock to these events.”

Brooks also commends tournament organizers for the success of so many different tournaments.

“We estimate that over 5,000 players will play games in the London and District tournaments this year, and the work that our local association volunteers do to make these tournaments possible is second to none.”

To cap off the 2019 season, the London Badgers organization will once again host the 2019 18U Baseball Canada National Championship at Labatt Park, Dan Pulham Memorial Field, and Norm Aldridge Field from August 15-18.