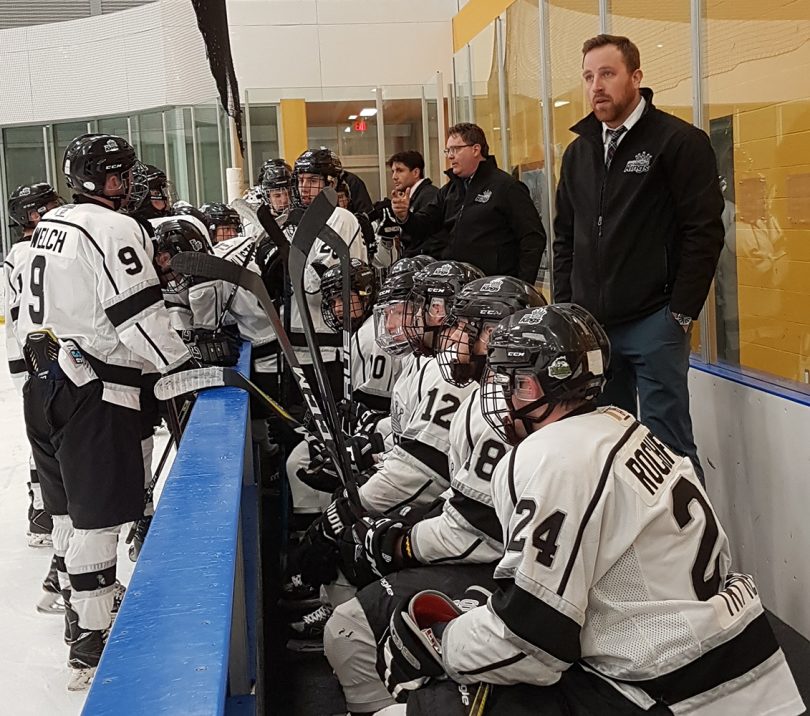 The Komoka Kings wrapped up their 2019-2020 regular season in February, and the team was set to open the playoffs against an opponent to be determined in late February/early March. The Kings enjoyed a strong postseason run last year, and they’re hopeful to do the same in 2020.

After a long 2019-2020 regular season, the Komoka Kings clinched a playoff spot once again this year following an up-and-down season (with two games remaining in the regular campaign, at the time of this writing, the Kings were 15-25-1-7 in 48 games). General Manager Roop Chanderdat assembled a young and talented squad of hockey players that have been groomed and guided by Coach Ron Horvat and his assistants.

One of those assistants, Colin Martin, is now in his second year with the Kings. And he has plenty of experience to his name, including three and a half years with the London Knights of the OHL, four years at St. Thomas University, and two years in the ECHL. As the Kings head into the playoffs, they’ll also be helped by second-year assistant Mike Reati, who has extensive hockey background as a local player and teacher at the minor and high school level.

Recalling last year’s playoff run, Coach Reati said he “enjoyed watching the player development and player improvement that started with a large collection of rookie players and ended one win away from a league final.”

He also said he was thrilled to “learn from an excellent communicator in Ron Horvat.”

Horvat, who has over 30 years of coaching experience – including stops in the GOJHL in London, St. Thomas and Chatham before joining the Kings for the 2018-2019 season – is proud of this year’s squad.

“This year has been a success for our organization,” Horvat said, as the Kings awaited their opponent in the first round of the GOJHL playoffs. “The kids have developed as players and young men. With the help of all our coaching, training staff, volunteers and the commitment of the players, the team continues to grow in the GOJHL.”