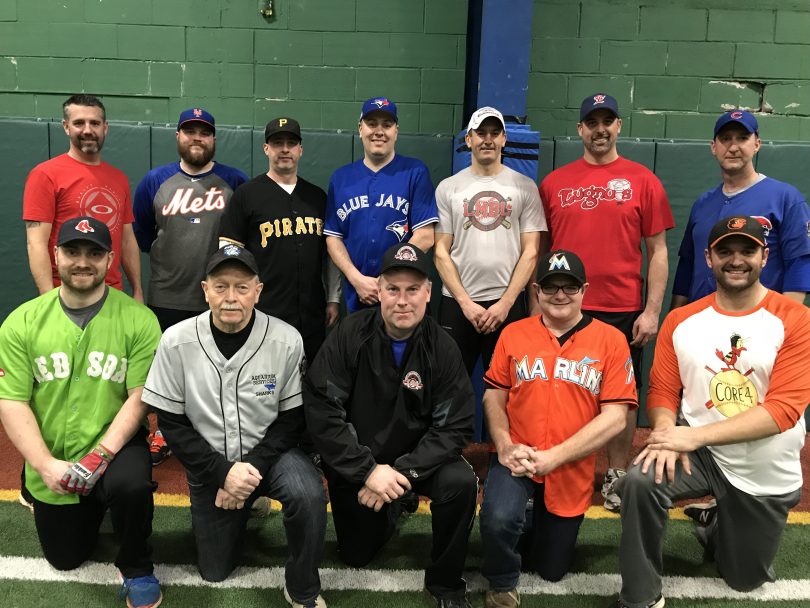 With all of the indoor workouts and batting practice in the books, it’s now time to lace up the cleats and hit the diamond as the 2018 London Mens Baseball League (LMBL) season gets underway. With the league having held its annual draft, which allocated all new players to teams, the focus is now on the ball diamond and hoping for many sunny Sundays.

There will be 14 teams of men aged 30+ (so, 210 potential customers for the Fowler-Kennedy Clinic and Tiger Balm retailers across the city!) who will be attempting to relive their glory days of yesteryear at London and area ballparks each Sunday throughout the summer – including 58 games at historic Labatt Park.

The LMBL supplies its participants with two Baseball Ontario certified umpires for each game, along with an official scorekeeper who scores and streams all games live via the popular GameChanger scorekeeping app. This app also provides all players (and fans) with full access to over 150 statistical categories throughout the season that adds to the excitement and friendly competition amongst players trying to continually improve their play.

With each team playing 17 regular season games across two divisions, and a playoff that can consist of up to three additional games, the season stretches from early May to the end of September. This leaves plenty of offseason time to fully recuperate from any pulled hamstrings that may be incurred from legging out an infield single … and, according to most players, it’s a price well worth paying!

For more information about the LMBL, how to participate, and a full listing of our 2018 season schedule and results, visit our website.

The London Mens Baseball League is an ‘over 30’ men’s league based in London, Ontario (baseball, not softball or slo-pitch!). We play most games on Sundays, from May to September, at locations including Labatt Park, Dan Pulham Field, Byron, and Dorchester. Our league ranges in age from 30 to 80!