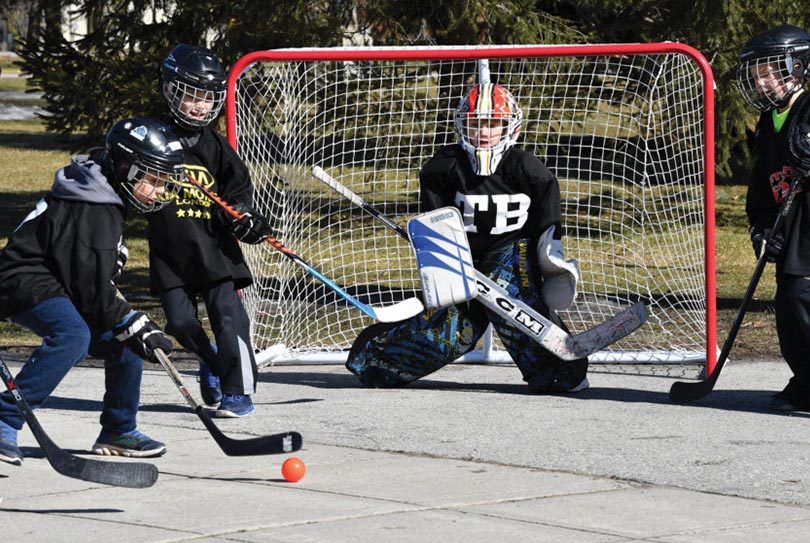 On tap this spring is the first-ever GOT GAME Street Basketball Tournament (May 25-26, 2019), as well as the second annual GOT GAME Street Hockey Tournament (May 18-19, 2019), both at Victoria Park. The back-to-back weekends will include other festivities and activities, as Londoners will have the opportunity to enjoy the street-style tournament experience.

The excitement of street-style tournament action is coming back to Victoria Park, as London’s biggest outdoor sporting event returns this spring – plus there is a big new addition.

Building off the great success of last year’s inaugural event, the second annual GOT GAME Street Hockey Tournament will take place May 18-19 at Victoria Park. Hundreds of teams and thousands of players will once again take over the Park and the surrounding streets for two days of exciting street hockey action, as the tournament returns – even bigger and better.

Meanwhile, GOT GAME Sports, the London-based sports event management company, is reviving another tournament tradition with its first-ever GOT GAME Street Basketball Tournament the following weekend, May 25-26, also at Victoria Park.

It’s been a long time since streetballers in London (and surrounding area) have had a tournament to play in, since the old Gus Macker event left the city more than a decade ago. But basketball is now back – and in a big way, as the GOT GAME Street Basketball Tournament will feature exciting action as players battle for loose balls, play hard-nosed defense, and make highlight-reel scoring plays – all while big crowds take in the action.

Both basketball and hockey tournaments will be attended by people of all ages, and there will be recreational and competitive divisions and certified officials.

“There are a lot of basketball and hockey players locally, and this is their opportunity to play in a big outdoor tournament,” says Greg Matthison, the captain at GOT GAME Sports. “We wanted to fill that void and put on fun and competitive weekend tourneys where players around the city – and beyond – can come together, compete, and have a lot of fun.”

On back-to-back weekends, thousands of players and fans will be taking over Victoria Park and the surrounding streets for the GOT GAME tournaments, which will also feature other fun activities, including a Sports Expo, a ‘Poutine Festival,’ a Tailgate Party, E-Sports Zone and kids’ fun area.

“These are London’s biggest outdoor sporting events, and with the success the hockey tournament enjoyed last year, plus our plans for a great first basketball tournament this year, we expect to offer Londoners excellent sports events for a long time. We’re excited to be able to give Londoners the sporting events they deserve.”

Register today at www.GOTGAMEsports.ca! Registration incentives include prizes valued up to $1,000! See the website for details, and we’ll see you this spring!

Story by the SportsXpress team