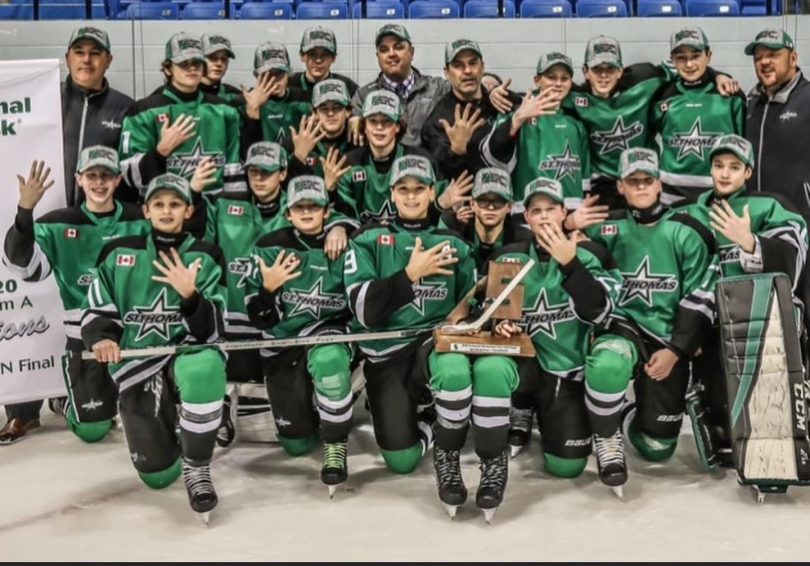 The St. Thomas Stars Minor Bantam A/AA hockey team has a long list of accomplishments this season, and you can add International Silver Stick Champions to that list. Just how impressive an accomplishment is that? The last St. Thomas team to win the Silver Stick featured a young Joe Thornton – nearly thirty years ago!

The Stars qualified for the tournament back in November by winning the Owen Sound Regional Silver Stick, and they cemented their place in the history books with a thrilling overtime victory over their rivals, the Cambridge Hawks, in a game that had the building absolutely buzzing.

The St. Thomas Minor Bantam team has entered five tournaments this season and has earned first place in every single one of them. This is the kind of season that doesn’t happen very often in hockey, and although the team has lost games at different times throughout the year, the players always seem to get the job done when it matters most.

Right from the start of the season, this team came together, accepted each other, and pushed through any and all adversity to become one of the very best teams in their age group. The Stars are now ready to challenge for their next goal – becoming OMHA champions.