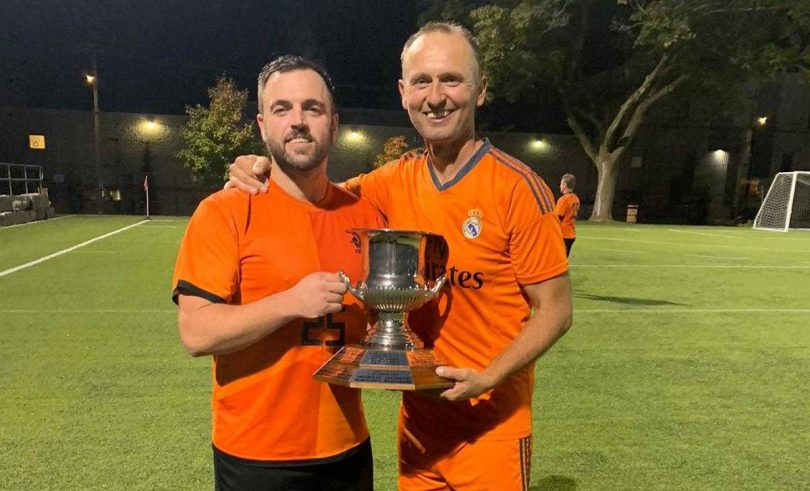 They’ve won many accolades over the years, and ‘Ardi’s Team’ has direct ties to A & E Furniture and Lighting, which is a proud supporter of youth and adult soccer in London and southwestern Ontario.

They’ve been successful on the pitch for years, and they enjoyed another strong season in 2019. Playing in southwestern Ontario, including in Kitchener for league play, ‘Ardi’s Team’ won five consecutive league championships during their impressive run over the years.

A & E Furniture and Lighting, meanwhile, is happy to support youth soccer in the community by sponsoring teams and players. But it’s not just on the pitch that the team helps others. This year, they held a charity tournament and raised more than $5,000, which they sent to their homeland to help build a house for a family in need.

Back in Ontario, A & E Furniture and Lighting is looking to get even more involved on the soccer pitch, sponsoring and starting more teams in London. Meanwhile, two years ago, they also got more women involved in the game by creating a mixed team which plays against other co-ed teams in tournaments in the area.