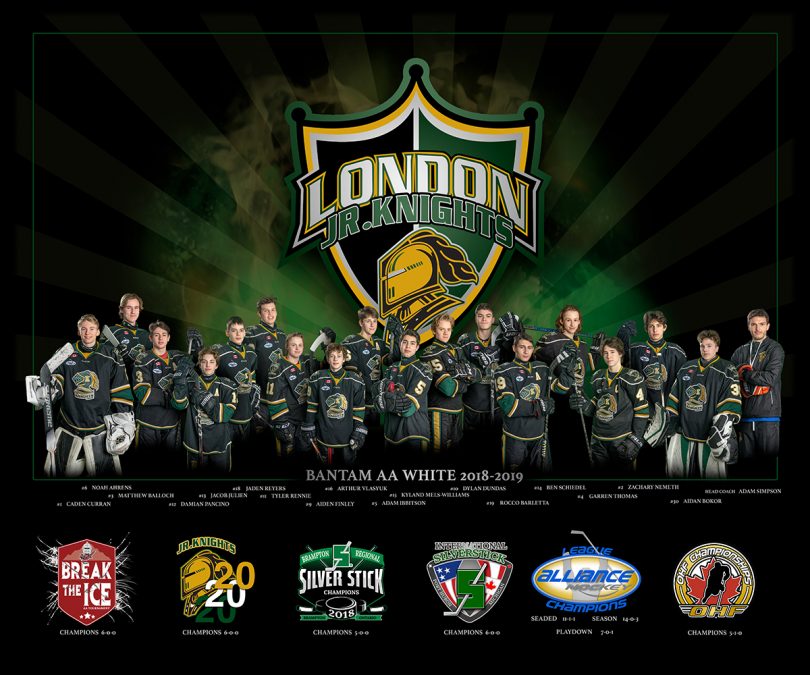 What a year it was for the London Junior Knights (LJK) 2004 Major Bantam AA White Team in 2018-2019, as they became the winningest Team in LJK history with an overall record of 66-5-5, while winning each of the following tournaments: the Ajax Break The Ice; LJK Triple 20; Silver Stick Qualifier; and the International Silver Stick (with Jacob Julien achieving MVP and Player of the Tournament honours and Aidan Bokor receiving the Goalie of the Tournament award).

The Major Bantam AA White Team was also crowned Alliance Champs and ultimately OHF Champions with an unbelievable team performance in the final game – not to mention a stellar goaltending performance that led to a 2-0 win.

The team could not have achieved such success without the fine coaching of Adam Simpson (a first-year head coach), Jack Dundas (assistant coach), Darrell Ibbitson (trainer) and Brian Bokor (manager).