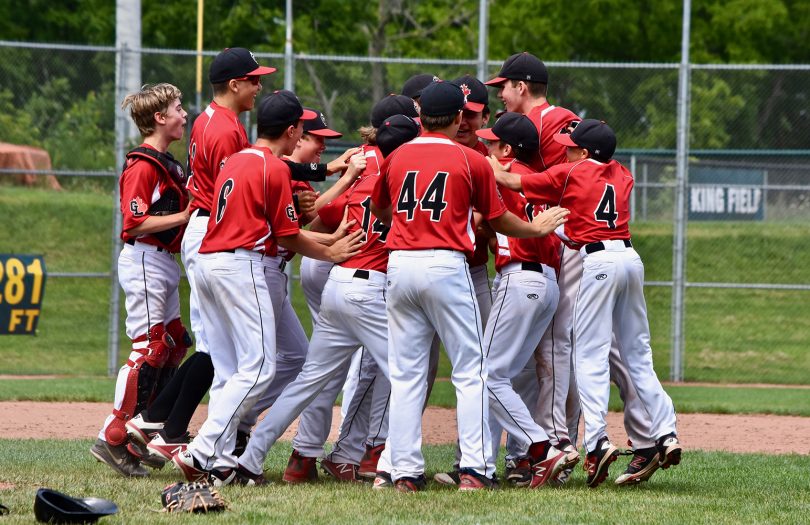 The Great Lake Canadians program is a great place to be if you’re a young baseball player looking to improve your game while playing in an elite league with former professionals as your coaches. That’s exactly the fortunate situation Noah Grant and his teammates find themselves in as they enter their second year with the Canadians.

Based out of London, the Great Lake Canadians (GLC) play in the Canadian Premier Baseball League (CPBL). The program trains in the offseason at Centrefield Sports, one of the country’s top indoor facilities, and plays its games at the ‘Field of Dreams’ in Dorchester, where the players help maintain the grounds and keep the ballpark beautiful all season.

Members of the 15U Red team are coming off a very successful 2018 season, as they were one of three Canadians teams to win league championships a year ago – and at the youngest level (14U). After posting a record of 18-3 during the regular season, the team ran the table in the playoffs, winning four straight – against the Ontario Nationals, GLC Black, and twice against the Ontario Astros – to earn a league championship title.

“They are an exciting group of young players that we enjoyed watching develop through this offseason,” said Chris Robinson, the Director of Baseball Operations with the Canadians. “This group could really hit, and they did so all year. For their age, they were a very advanced offensive ballclub and we expect them to be the same this year as well.”

Managed by Brad McElroy last season (a former pro player with the Toronto Blue Jays organization), the team was fundamentally sound and took a very aggressive approach – both offensively and on the bases. Overall, the coach was thrilled with the play of his team in 2018.

“I was really happy with the team. We played well throughout the year, and they put it together in the playoffs and it worked,” said McElroy after his team captured the U14 championship. “It’s a testament to the whole Great Lake coaching staff – the work everybody puts in, indoors, in practices, and throughout the winter … You see the biggest improvements, and it’s exciting.”

Noah Grant is one member of that 14U team who is back and excited this year to compete for the 15U Red squad. An outfielder from Thorndale, Grant and his teammates are not only looking to repeat as CPBL champions, but also to continue working on their skills and becoming better all-around players.

“We strongly believe in the development of the player within this organization,” said Robinson. “We have been fortunate to have winning teams every year, but we’ve never sacrificed development to do so. And we are as proud of breeding successful, respectful young men as we are producing college and professional baseball players.”