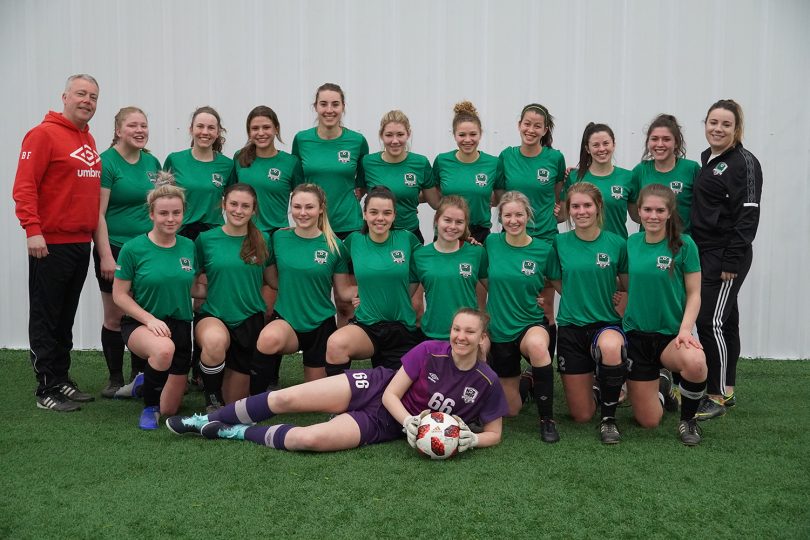 They’ve been playing together for a number of years, and the NorWest Lightning U21 team is excited for what’s in store throughout the 2019 season as they compete in the Ontario Women’s Soccer League (OWSL). It’s a new phase for the club, but they’re up for the challenge.

“We’re striving to improve our speed of play, creativity and communication,” says Brian Foster, an assistant coach on the team. “We worked very hard to be competitive in a very tough Ontario Youth Soccer League (OYSL), where our players have successfully competed for three consecutive years.”

In addition to their OYSL success, the team also won the New York City Showcase last year, which was a highlight for many of the players – who have formed special bonds over the years. The core group of has been playing together since their U14 days, and many others have played several seasons alongside each other.

“This group is very strong defensively and prides itself on its goals against record,” says Foster. “The Lightning has also found its scoring groove over the last number of years as well.”

The U21 Lightning team play their home games out of Windermere Field, and they’ll be traveling to play in various centres as they compete in the OWSL this season, which offers the highest level of women’s soccer play in the province.

But the Lightning is ready. After all, they’re no slouches. A number of the team’s players have – and will be – playing at the university and college level, which in itself is a significant achievement, Foster points out. And they’re a confident bunch, coming off several successful seasons. In other words, OWSL opposition will be in for a challenge when they take on the NorWest’s U21 Lightning squad this spring and summer.