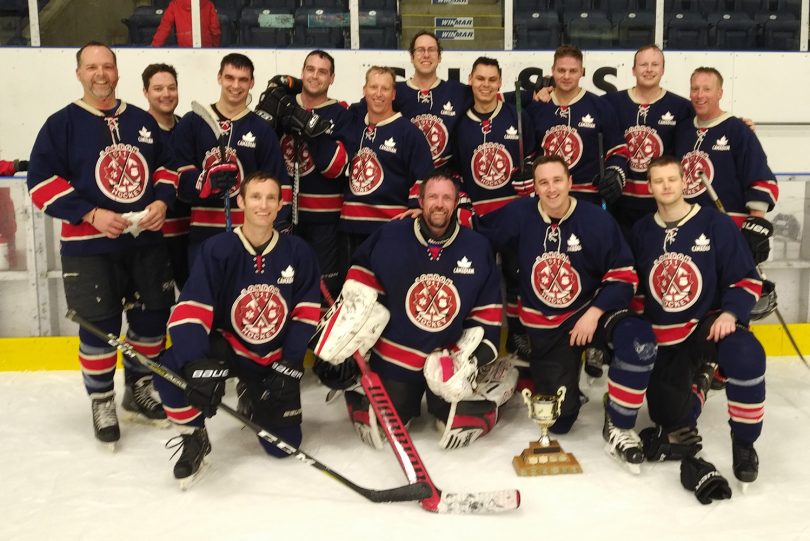 It was another fun and successful year on the ice for the London 911 Hockey League, which is an emergency services league that has been operating in London for the last 17 years. The league is made up of police officers, firefighters, medics, doctors and nurses from London and the surrounding area, and it’s one of strong camaraderie, as teams are re-drafted each season to encourage friendships and teamwork between all the services. Games are played at the Western Fair Sports Centre on Tuesdays from the fall to the spring.

At the conclusion of the 2018-19 season, which wrapped up in early April, it was the Shantz Orthotics Rangers who captured the ‘A’ championship, beating a depleted Central SKIN Leafs team, 4-1, in the final. Tied 1-1 for much of the game, the Rangers knocked home two goals late in the contest, and then added an empty-netter to seal the deal, defending their league title in the process.

Trailing 1-0, Jeff Hare put the Rangers on the board to tie things at 1-1. Kevin Hare made it 2-1 and Chris Hare made it 3-1 before Nic Vernon capped things off with an empty-net goal in the waning seconds.

Meanwhile, the Sharks earned the ‘B’ championship title with a 5-4 win over the Hawks.