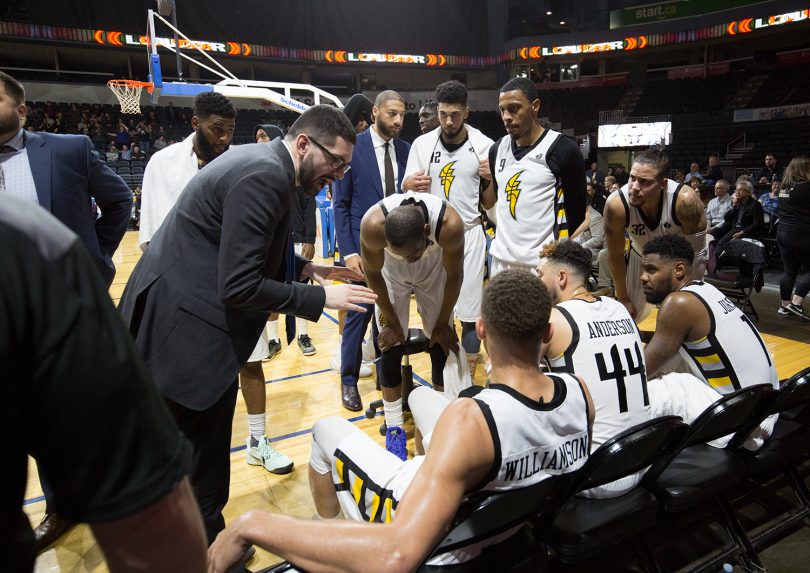 The London Lightning and former head coach Keith Vassell decided to mutually part ways after a weekend in December in which the Lightning lost two games in a row. After failing to reach 100 points in either game, a change was needed. After one full year behind the bench, Vassell led the Lightning to their fourth championship title.

“The great thing is that there’s a good mixture of guys that I’m comfortable with and guys I got to learn about, and that creates an awesome opportunity and challenge as a coach,” said Etherington.

One of the biggest areas that the new coach wanted to stress when he took over was the team’s attitude and attention to detail on the defensive side of the ball.

“I think, all in all, we have to focus on tough defense and our principals … make sure we’re on the same page,” said Etherington. “If we can do all of that, combined with positive energy and togetherness, the sky’s the limit for this team.”

Etherington’s head coaching debut came on December 15, when the Lightning travelled to Sudbury to take on the high flying Five offence. The Lightning players looked energized and rejuvenated under their new head coach. Coming out of the gates roaring, leading 26-15 after the first quarter, the Lightning finished the game with a 120-117 victory. And although the Lightning allowed 117 points, it was defensive stops at the end of the game (and the return of their potent offence) that stood out in the win.

You can catch the London Lightning in action all winter long at Budweiser Gardens. For tickets and more information, visit www.lightningbasketball.ca and follow us on social media.