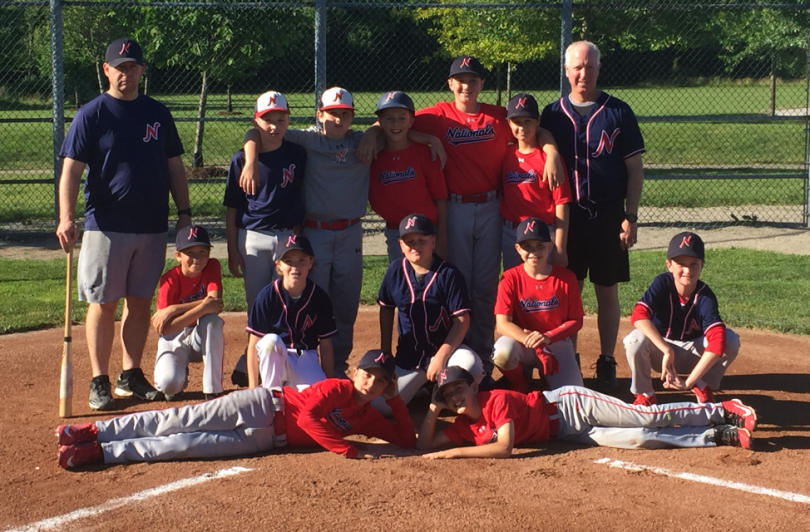 Things got off to a good start this season for the North London Nationals Minor Peewee baseball team. The squad, which competes in the London District Baseball Association’s (LDBA) Rep league, opened the year with a strong showing at their first tournament, in Dorchester, as they competed against teams from outside the region, including Bloordale, Chatham and Markham.

Following the Victoria Day weekend in May, the team then began its regular season schedule, and they’ve since been competing against area teams, including the London Badgers, London Tecumsehs, London West Tincaps, St. Thomas Cardinals, Ingersoll Ironbirds and Sarnia Braves. Along the way, the North London Minor Peewees have been improving – in all facets of the game.

“We’re always working on various baseball fundamentals, skills and strategies, like situational hitting, proper cut offs and run downs,” says Sean Jeffries, the team’s head coach. “And, of course, pitching, including pickoff moves, as well as generally building up the arm strength of our players.”

The Nationals play their home games at the North London Athletic Fields, with Diamond 3 being their home diamond. The team is led by a few coaches – including Jeffries, who has been coaching both baseball and hockey for seven years.

“We’re improving across the board,” Jeffries says. “Whether it’s hitting, pitching, or our teamwork skills. We’re definitely looking forward to a strong year and a fun finish to the season.”

Contributions by Sean Jeffries and photo by coach Darrin Smith