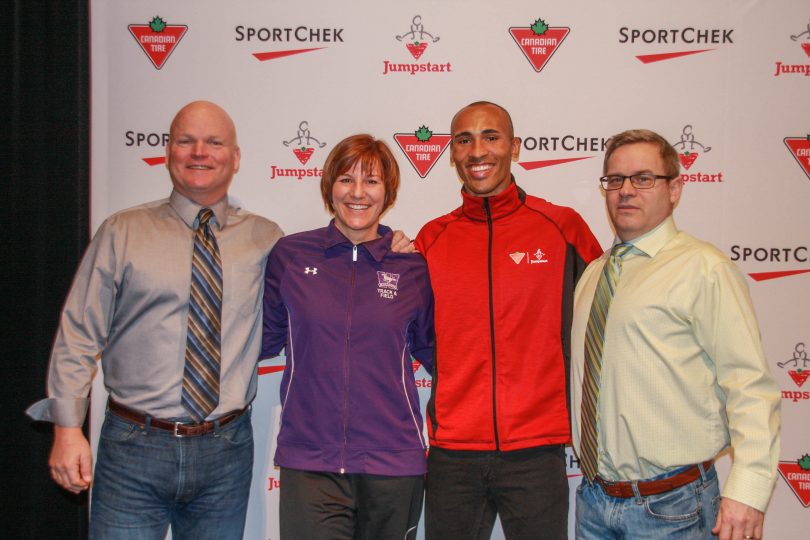 London native and Montcalm High School graduate Damian Warner recently joined an elite group of athletes when he was signed by the Canadian Tire Corporation (CTC) to represent the Canadian Tire and Sport Chek brands.

Warner, an Olympic decathlete, burst onto the scene after minimal training to finish 5th at the London Olympics in 2012. In 2013, he was 3rd in the IAAF World Championships and was voted the CBC People’s Pick for Athlete of the Year. In 2014, he won gold at the Commonwealth Games, and he will be the face of the Pan Am Games in Toronto this July. He also has his sights set on a podium finish at the Rio Summer Olympics in 2016.

Specifically, Warner will be an ambassador for the Jumpstart program, which is a national charitable program that helps children from financially disadvantaged families get involved in sports and recreation.