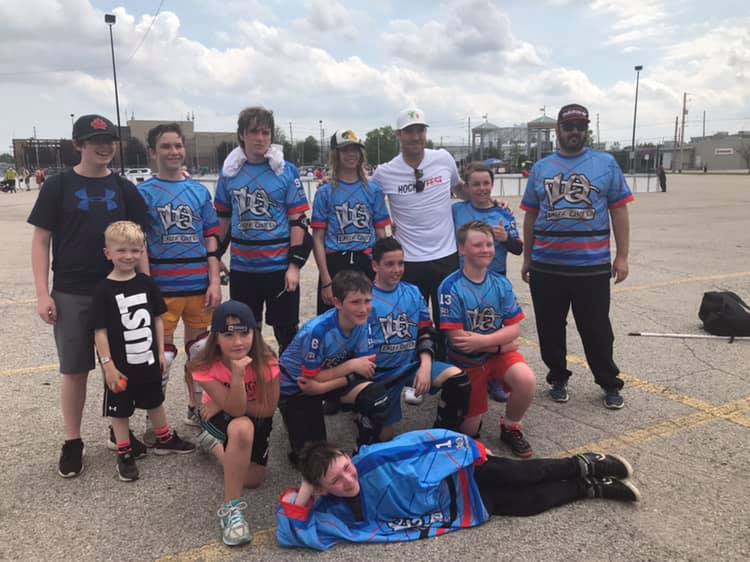 The Laser Quest London team in action. They played at the GOT GAME Street Hockey Tournament May 18-19 at Victoria Park.

What do laser tag and street hockey have in common? A lot for a group of kids who play at Laser Quest London and formed a ball hockey team to take part in tournaments in the region.

Most of these kids had never been part of the same team before. The solution? A Laser Quest party. That provided the opportunity for them to get to know each other. After playing a solo game, they joined together for a team game and quickly began working together and developing a sense of comradery.

The Laser Quest party proved to be a fantastic team-building exercise. They created a bond amongst each other, and friendships formed. And they took that dynamic into the GOT GAME Street Hockey Tournament, which was held the weekend of May 18-19 at Victoria Park.

The team had a great time – on and off the rink – at the tourney. They played four games during the GOT GAME weekend, including three on the Saturday and one on Sunday. They came out victorious once on Saturday after a solid team effort, and they fell just short in a hard-fought game on Sunday.

And how did the tournament contribute to the team’s sense of comradery? They’re friends for life!

The GOT GAME event, which also included a poutine festival and sports expo, proved to be a great experience for the Laser Quest London team. And they quickly improved as a team. They’ve since competed in other street/ball hockey tournaments, and they’ve officially combined their love of laser tag with a love of street hockey!