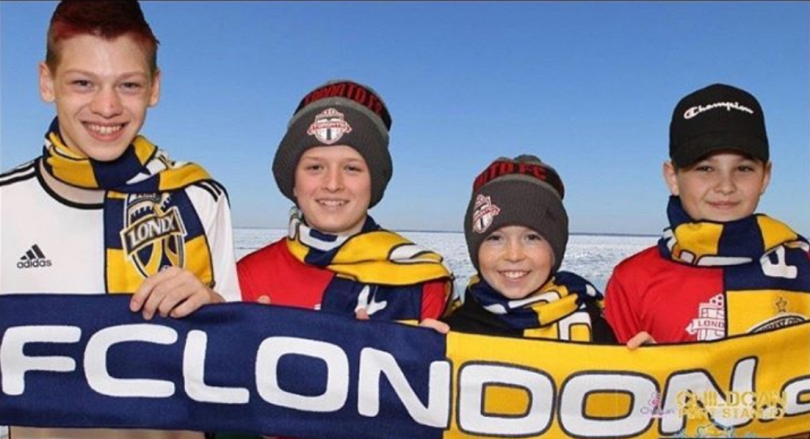 The 2020 season had barely started when we found ourselves in what will one day be referred to as ‘The Great Pause.’ A chance for everyone to take a deep breath and step back from our usual hurried pace. London TFC Academy has taken this opportunity to engage with players, parents, staff and soccer fans in a different way – through remote engagement, training, curriculum and the sharing of thoughts and ideas.

Social Media Director Sindy Debenedictis says that the club now has over 3,000 followers on its Instagram @LondonTFC.

“We’ve continued to communicate with players through educational games and social-distancing engagements, including encouraging players to upload training videos and post pictures with celebrity players they’ve met,” says Sindy. “One player even shared an online video session they had with TFC legend and MLS All-Star Dwayne di Rosario. The response has been fantastic.”

“We’ve even done a Zoom meeting with Toronto FC President Bill Manning,” says club president Ian Campbell. “Bill shared how the professional staff and players at TFC are managing with the shutdown and uncertain future of the 2020 season.”

Just before the ‘Pause,’ many 2007 OPDL players bared cold the cold waters of Lake Erie in the ‘Childcan Polar Bear Dip’ in Port Stanley, a fundraiser which supports children and families living through childhood cancer.

“Coach education is also continuing to be a priority, including a recent trip to Holland by myself and youth coach Phil Pacheco,” says Ruben Quintao, the club’s Youth Technical Director.

The pair travelled to Germany at the invitation of Jimmy Lucassen, who heads an academy team at professional squad Borussia Mönchengladbach. Over the week, they attended sessions for both youth teams and the senior squad who play in the German Bundisliga.

“It’s great to see how the pros are doing it, and to bring that expertise back to the coaches and players in our program,” said Pacheco.

The opening date of Tricar field, the future home of London TFC Academy, has been pushed back, but the grading, foundation, electrical and drawings for the clubhouse are already underway with an anticipated completion date of 45 days after work on the site can resume.

The FC LONDON League1 season for both the men’s and (2019 champion) women’s team has been postponed by Ontario Soccer. Keep checking the website for further details.