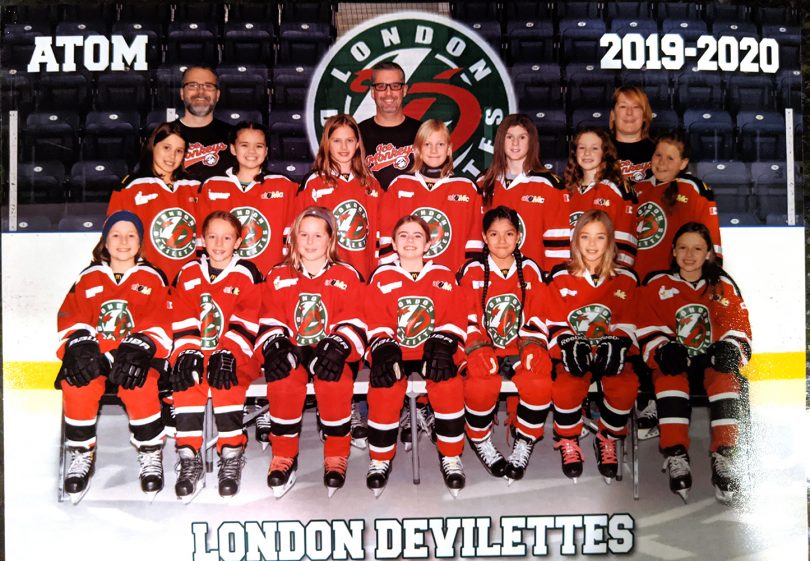 It’s all about the fundamentals at the Atom age level, and the London Devilettes’ Ice Monkeys Atom house league team has been working hard all season on improving their skills – while having a lot of fun in the process.

The Ice Monkeys aren’t short on strengths. Most of all, coach Bryan Wilson says, the team is hard-working.

“We have a team full of ‘diggers,’ meaning that they always go hard after the puck,” says Wilson, who is in his third year coaching youth hockey. “And the girls play very well as a team. Teamwork is something we focus on all the time.”

The Atom team, which plays out of the Argyle and Kinsmen Arenas, was in third place after the first half of the 2019-2020 season. The six-team house league features another 10 regular season games apiece in January before playoffs happen in February.

On the ice, the goals are simple, says Wilson.

“Have fun, win some games, and learn to lose in the proper way. And hopefully all the girls will want to come back again next year.”