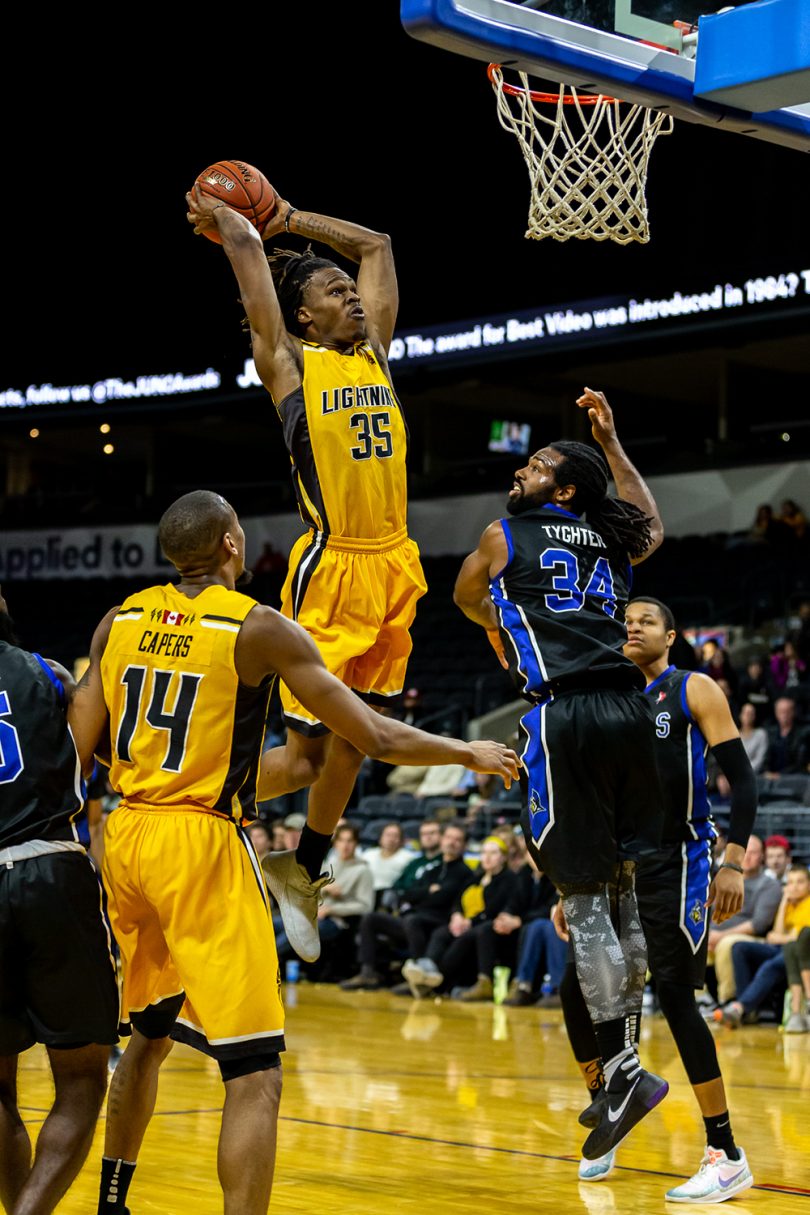 One of the many bright spots for the London Lightning during the 2018-19 season was the performance of young players Xavier Moon, 24, and AJ Gaines, 25, who improved throughout the year and posted impressive stat lines in their first season in London

The 2018-2019 season came to an end for the London Lightning in April after a first-round playoff loss against the KW Titans. After stretching the series out to a deciding game 5, the Bolts couldn’t close out the series with a win. But regardless of the early playoff exit, there were plenty of positives to take away from this past season.

One of the highlights was the performance of a pair of young players who were recruited prior to the season: Xavier Moon and Anthony Gaines Jr. (AJ Gaines). Moon, 24, and Gaines, 25, brought some youth to a team with an average age of 28. But despite being the youngest players on the roster, they showed great play in their first year.

During the regular season, Xavier Moon averaged 14.3 points per game (ppg) on 50% shooting, including 39.6% from three-point range. He also compiled 4.7 rebounds, 4.1 assists, and 1.5 steals per game. AJ Gaines, meanwhile, averaged 14 ppg on 53.5% shooting, including an impressive 49.2% mark from three-point range on 1.5 attempts per game. He also tallied 5.6 rebounds and an assist per game. Perhaps most impressive about the duo’s scoring is that they achieved their numbers with relatively low shot totals (11.5 per game for Moon and 10 for Gaines).

Moon was known for his speed and playmaking, as he regularly drove past defenders on offense and chased down opponents on defense. Though he began the year in the starting lineup, an injury and a discussion with head coach Elliott Etherington prompted Moon to move to the bench to provide a spark of energy for the Lightning’s second unit.

In AJ Gaines, the Lightning had a huge fan favourite this season, not only for his energy and effort on the court, but also for his highlight reel dunks and putbacks. Gaines played every game with energy, hustle, and heart. He crashed the boards, harassed opposing teams on defense, and improved throughout the season on the offensive side, shooting and making more three-pointers and racking up more points as the year went on.

Both Moon and Gaines were top performers for the Lightning, and the team is looking forward to what they will bring to the court in the future. They were a huge part of London’s success down the stretch as the team climbed the standings to reach first place in the division after a slow start.

The Lightning want to thank all of their staff and volunteers for making each game possible. Most importantly, they’d like to thank the fans for supporting the team year in and year out. Stay tuned to the team’s website and social media accounts for information about events during the summer and updates for next season!