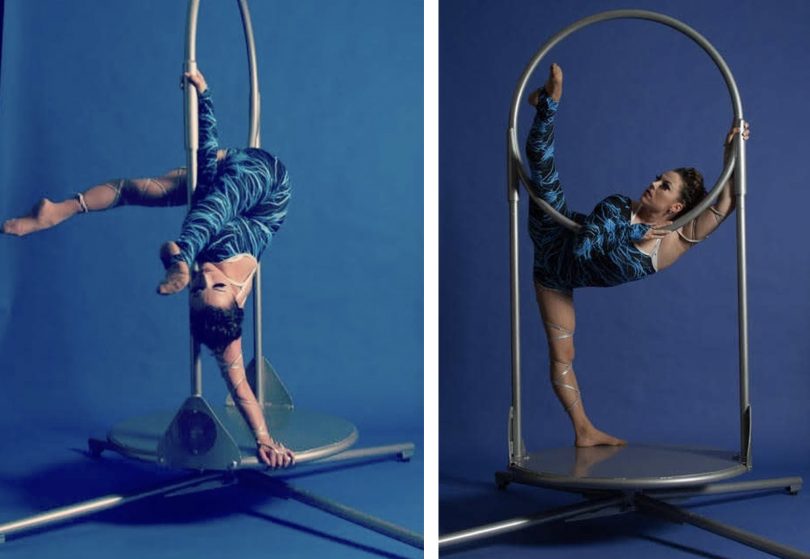 Meaghan Wegg, who traveled the world as a Cirque du Soleil aerialist, dancer and acrobat, is now back in her hometown, settled with her husband, Tim, and her two young children as she runs The Academy Circus, which she founded.

It was two years ago that Meaghan opened her own circus school in the Forest City, called The Academy Circus, which operates in the same location as Power Cheer Gym, and Wegg will certainly now be focusing her energy on the school, which has technique classes, a competitive team and a performance team.

That latter performance team has held shows at special events, retirement homes, corporate events and festivals across Ontario and in Quebec and Newfoundland. In fact, the team is growing so much that Webb recently contracted four artists on cruise ships to help their dreams come true!

“Meaghan’s passion for circus arts is infectious,” says Kara Nolan, Manager at The Academy Circus. “We are so happy to have her coaching back in London full time.”

Over the past few years, Wegg has choreographed shows in China, Mumbai, Montreal and many other locations. She continues to work for Cirque du Soleil as an on-call Artistic Coach, while Buckley travels to Cirque du Soleil touring shows as a physiotherapist – and works locally for the Fowler Kennedy Sports Medicine Clinic.

Born in London and raised in Teeswater, Meaghan met her husband while traveling in Argentina. The couple were with their children camping in Mallacoota, Australia in January when they were caught in the massive bush fires in the region. The family was forced to stay in the local cinema, which had been set up by the Red Cross for refuge from the fires. After sleeping on the floor for six days, they were airlifted out by Chinook helicopters.

It was a horrible crisis to be in with young children, to be sure, but fortunately they were rescued safely after weeks living in danger. Their story was broadcasted on CNN, and even the Ellen Show interviewed them on the phone to make sure they were okay.

Now safe in London, notwithstanding the COVID-19 crisis, Meaghan is working with her athletes to coach and develop the next generation of performers. During the pandemic, she has been doing online training sessions and inspiring her young athletes.

Contributions by The Academy Circus