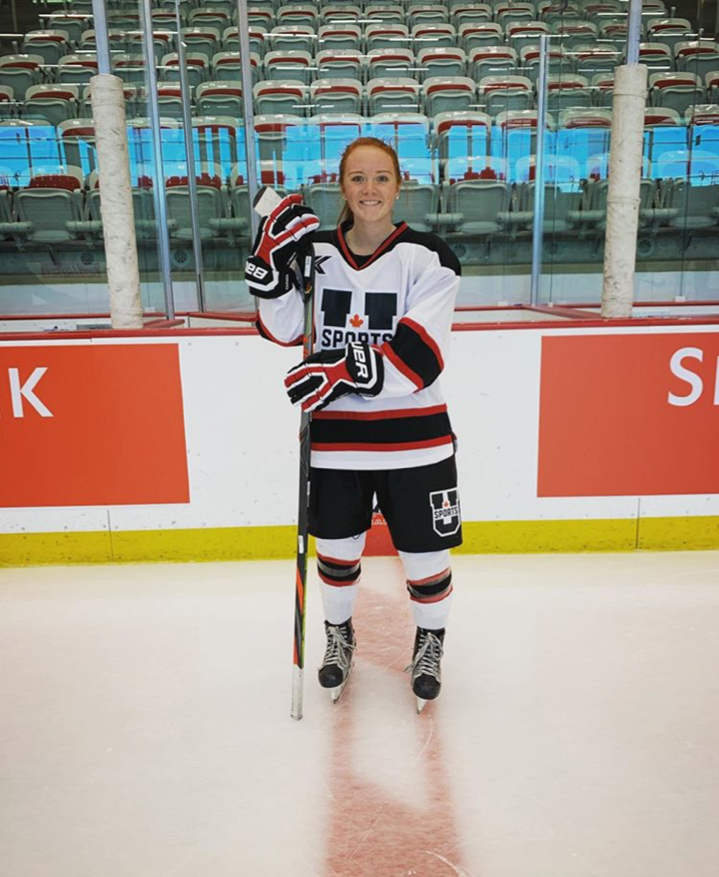 April Clark, who trains at Snipe Academy, is a star player for the Western Mustangs. Last season, the 22-year-old was named a First Team All-Canadian after leading the OUA with 30 and leading the country with 20 goals.

April Clark is one of many talented hockey players in the region who train at Snipe Academy, where she works hard to improve her skills and take the next step in her hockey career. And it’s been a very successful one at the university level for Clark, who enjoyed a phenomenal year in 2019 with the Western Mustangs.

A fourth-year student last year, Clark was dominant for the Mustangs, who finished second in the OUA. The 22-year-old forward amassed a league-best 33 points while scoring 20 goals, the most in the country. For her efforts, Clark earned virtually every accolade, including being named OUA Player of the Year, Forward of the Year and a First Team All-Star, while also being named Western’s Female Athlete of the Year.

At the national level, Clark was named a First Team All-Canadian, the only OUA player to receive the honour. This summer, the St. Mary’s, ON native competed in her second Hockey Canada Summer Showcase as a member of the U Sports all-stars.

Monthly memberships are available, at a reasonable rate, which give players access to the facility for a shooting class every day. Group classes are available for teams, where players are taught creative ways to get their reps in while learning new skills. Snipe’s instructors push athletes out of their comfort zones in a fun and exciting way.

At Snipe, the Skills Zone area has prograde toys to practice skills and get your reps; the RapidShot system is the only professional shooting system that measures accuracy, shot speed and reaction time; and RapidHands allows players to stick handle and track their progress through a scoring system.

Developed by a AAA hockey coach, along with the support of fellow coaches and parents, Snipe Academy was created to enhance hockey in the London community. The best part? All training takes place on the training ice at Snipe. This gives players a real hockey experience – without the cost of ice time.