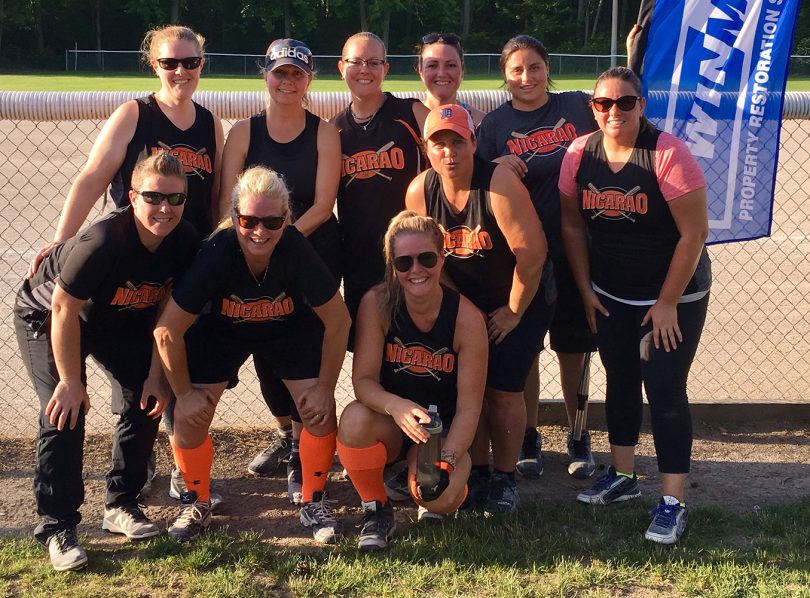 Lady Nicarao, established in 2011, is a women’s slo-pitch team that plays out of Slo-Pitch City in Dorchester, Ontario. The team was started after the men’s Nicarao team. That men’s squad had been established in 1987 by a Nicaraguan native, Manuel Fonseca, who became a Canadian citizen and wanted to bring his love for baseball and his native country to Canada.

Lady Nicarao has changed over the past eight seasons. The team started as a ‘D’ level team and then grew to a ‘C’ level squad. Currently, the women’s squad is back to the ‘D’ level, as players felt they wanted others who were not rated higher to be part of the team (and, thus, lowering the division would be the best decision).

Lady Nicarao is very grateful for the support of its sponsor, WINMAR Property Restoration Specialists, who has supported the team for the past five years!