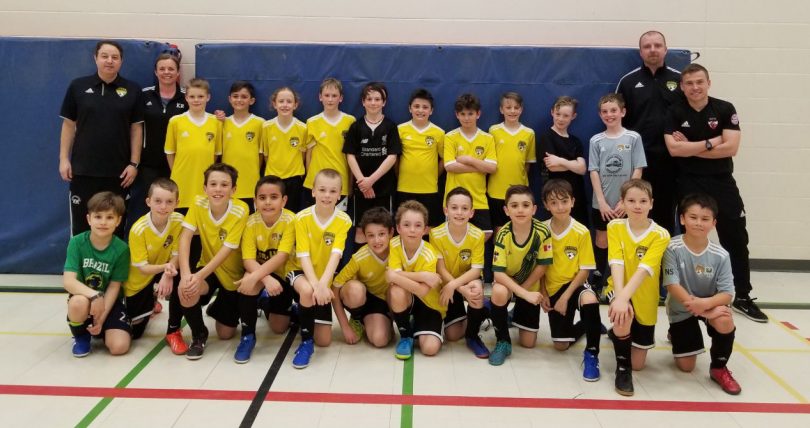 The Byron Optimist Soccer Club offers a fantastic Development program for U8 to U12 youth who play in the Elgin Middlesex Soccer League (EMDSL) throughout the season. Playing their games out of the Byron Optimist Sports Complex and the North London Athletic Fields, the players learn and grow their game while improving both their individual and teamwork skills.

“As a club and coaching staff, we want to develop players who are technically capable of solving game situations, who are confident enough to think by themselves, and who are motivated to continue their development,” says Ismael Ferreira, the Technical Director of the Byron Optimist Soccer Club.

In addition to Ferreira, who has been coaching soccer for 10 years, the coaching staff includes experienced coaches throughout the age groups, including Nils Rankin, Kathleen Rooney, Craig Mazur and Mark Malerba. Each has been involved with soccer since their youth.

The three Byron youth teams in these age groups competing in the EMDSL include a Yellow team (Tier 1) and a Green (Tier 2) and Black (Tier 2) team. Each team has its unique strengths, and each is looking forward to enjoying a long soccer season filled with fun.

“This group of players has developed a passion for the sport,” says Ferreira. “They display dedication, enthusiasm and a desire to improve.”