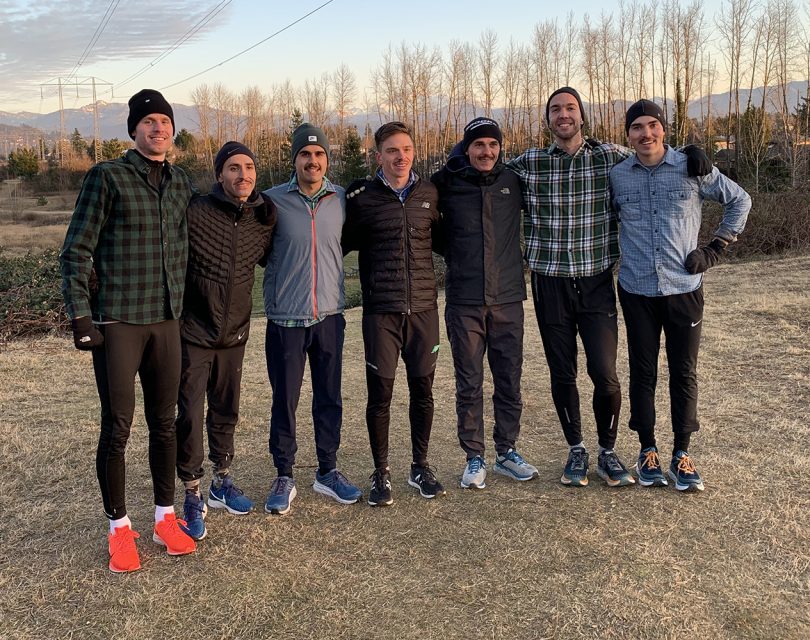 The ‘Backroads Bandits,’ a group of elite distance runners in London who train within the London Western Track Club, have been making a name for themselves over the past year, thanks in part to winning the Canadian Cross-Country Championships in Abbotsford, BC last fall. They’ll look to repeat as champs in the fall of 2020.

London, Ontario has always been known for its success in athletics, but recently the sport of running has excelled on the National level – more specifically, the group of distance runners from the London Western Track Club. In fact, last fall the Senior Men’s Cross-Country team won the 2019 Canadian Cross-Country Championships in Abbotsford, BC. It was the first time in club history that this team has been crowned national champs.

This group of elite runners also goes by the name ‘Backroads Bandits.’ They train seven days a week, and they are nationally ranked from the 1500m event all the way to the Marathon. These men have something special going, and they are doing a fantastic job not only of being successful but also having fun while doing it.

There are many good runners across Canada, but the hub of distance running is starting to be more prominent in London, Ontario – because of this talented and dedicated group of runners. Their season goes year-round, with an indoor track season in the winter, an outdoor track season in the summer, and a cross-country/road season in the fall. The 2020 Canadian Cross-Country Championships are being held in Abbotsford again, and people are already calling it ‘Bandit land.’ If you ever see this group of athletes running around London, don’t hesitate to say hello to them – or even join them on their run! They are going places.