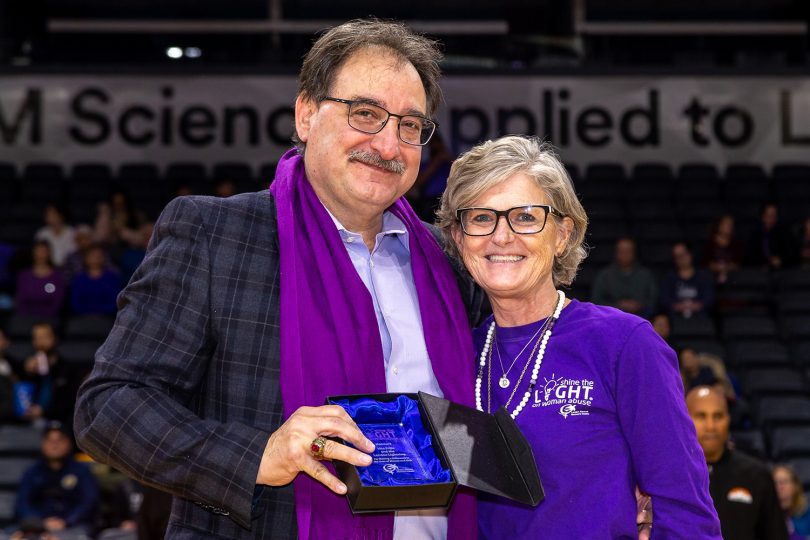 The Lightning are happy once again to partner with the London Abused Woman’s Centre for the annual ‘Shine the Light on Woman’s Abuse’ game on April 4. The players will wear purple jerseys for the special occasion (and fans are encouraged to wear purple, too!).

The 2019-20 London Lightning annual ‘Shine the Light on Woman’s Abuse’ Purple Game, in partnership with the London Abused Woman’s Centre, is scheduled for the final home game of the season, Saturday, April 4. Donning their signature purple jerseys, the Lightning will take on the visiting Island Storm on one of the busiest game nights of the season.

This year marks the 20th year of the Shine the Light campaign by the London Abused Woman’s Centre, which puts a spotlight on the issue of men’s violence against women. The colour purple is used to signify courage, survival, and honour.

The London Abused Woman’s Centre (LWAC) and the London Lightning have been partnering on their annual campaign every year since the team’s inception in 2011. Yearly, the Lighting swap their yellow home kits for custom purple jerseys, which are auctioned off in support of the campaign. Fans are able to place bids on their favourite player’s jersey at a silent auction table set up in the concourse during the game.

In a special ceremony prior to tip-off, Budweiser Gardens will cut the lights, allowing fans to shine a light, whether it’s their phone or some other device, to show solidarity with the campaign. The LWAC will also have a video played before the game to spread awareness.

The Lightning are requesting that those planning on being in attendance wear purple in support of the Shine the Light campaign.

Make sure to keep an eye on Lightning social media and our website (www.lightningbasketball.ca) in the coming weeks for news about playoff tickets!