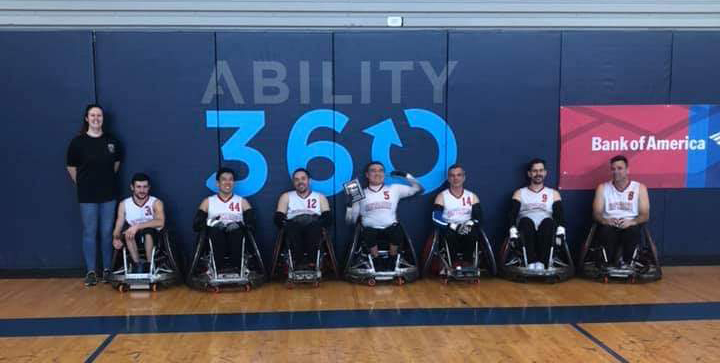 The London Annihilators Wheelchair Rugby team won back-to-back tournaments this winter with their impressive play against top talent from North America and beyond.

Your London Annihilators are officially on a heater with back-to-back tournament wins! The club has also enjoyed an unprecedented 15-game winning streak this year! It’s rare to see a team at this level play for so long at such a consistently high level.

It all started in Tampa – against an incredibly deep field of the top American club teams. The London Annihilators scrapped it out in pool play, going undefeated including clawing their way past Denver in an ugly one. In the other pool, long-time rivals Quebec upset Texas in a one-point thriller, which set up an all-Canadian final down in the swamp! In a display of poise and precision, London came out ahead to win the tournament.

And then it was on to Phoenix – the duel in the desert. In another deep tournament with teams from all over, including the German national team and Team Canada (minus some key players), London went through pool play undefeated, beating top-ranked Phoenix and Texas. That set up another all-Canadian final, and again London emerged victorious!

All of this could not happen without the generous time and support of so many volunteers and community members. So, thank you to the whole London Annihilators family!