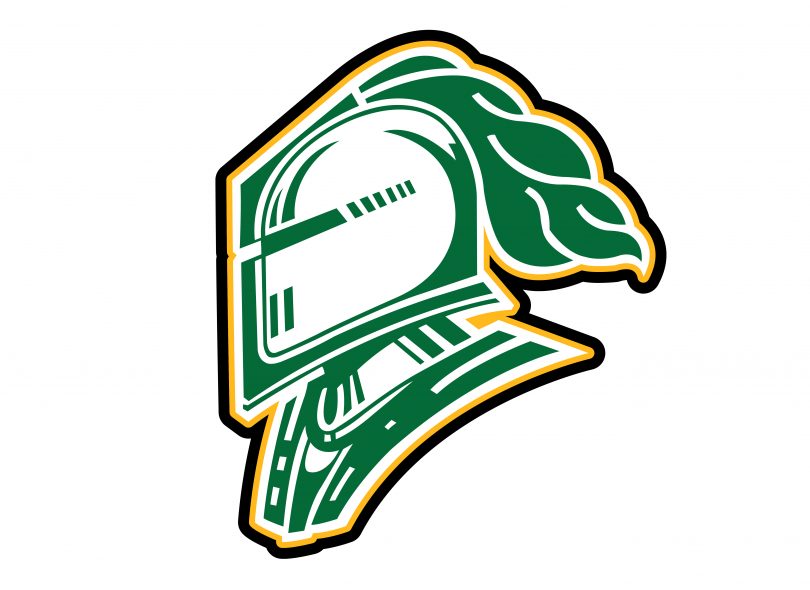 With the 55th season of Major Junior hockey upon us in London (as well as the 20th year with the Hunter brothers at the helm), the Knights will have a new look in 2019, as the team unveiled a revamped logo and a new set of jerseys in August, which will both celebrate the team’s history and look ahead to the future of junior hockey success in London.

The iconic London Knight helmet was inspired by previous London Knights logos – particularly the logo from the 2002-2008 era, when Dale Hunter, Mark Hunter, and Basil McRae became owners of the team. The new logo is the 10th in franchise history, including the inaugural logo when the Knights were born from the previous London Nationals brand in the 1968-69 season.

“To be able to represent many of the previous achievements that this franchise has accomplished, while being able to look forward to the future was incredibly important to us,” London Knights Owner, Vice-President, and General Manager, Mark Hunter, said in a release about the new logo design. “In looking to develop the new generation of London Knights, this new logo will serve as a reminder of the hard work, passion, and dedication it means to be a London Knight, as represented by our alumni – both in hockey and in life.”

Meanwhile, the Knights unveiled new uniforms for 2019-2020 as well, and the club is ‘turning back the clock’ to capture the colour scheme of the late 80’s and early 90’s (to go with the 2005-era logo, when the Knights were crowned Memorial Cup champions).

The Knights are looking to turn the page on a disappointing playoff exit last spring, and they appear to be in a good position to do so, with a strong roster and a highly successful veteran coaching staff. The team held its annual training camp in late August, where fans for a chance to get their first glimpse of the new squad in action. The puck drops on the 2019-2020 Knights regular season September 20 (vs. Peterborough) at Budweiser Gardens, and the team will play seven other home games before the end of October. The 68-game schedule runs from the fall, throughout the winter, and wraps up on March 21 (at Sarnia) before the OHL playoffs begin.

Entering the 2019-2020 season, the Knights have won 40 games in seven of the past eight seasons and have qualified for the OHL playoffs 19 years in a row, winning four OHL Championships and two Memorial Cup titles during that span.